Free download Alien Terminator Deluxe PC game. It is action game in which you have to destroy the all bases of aggressive aliens throughout the solar system. You own an armored truck which is loaded with heavy weapons. You have to use this truck to destroy all bases. 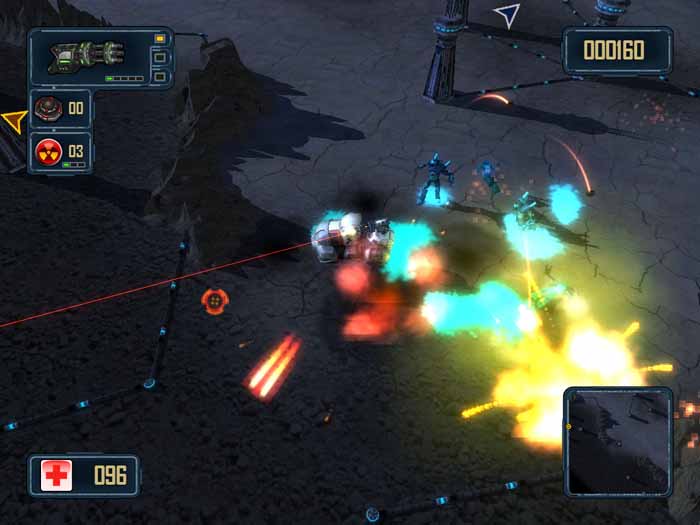 At the start of a game, your truck is located within building. You have taken out this from building using your weapons. There are hurdles of bullet and bomb proof glasses which will disappear when you will destroy the targets within buildings.

The gameplay is so easy and also easy to control. You have to use both mouse and keyboard to move truck and attack on target. Arrows keys are used to move and turn the truck and mouse left and right clicks are used to make fire. The truck moves forward and backward using up and down arrow key respectively. You can turn it using left and right arrow keys. Remember that all arrow keys work with respect to truck side not according to your screen. (Review by pcfavour)

Our planet Earth was attacked by aggressive aliens. Humankind, united by single goal, managed to build heavy weaponed and armored truck. It was the truck that was the sole hope of the entire planet Earth habitants.

Destroy bases of the aggressive aliens for the sake of humankind.Download free full version game today and start your battle!