Free download AssaultCube game for PC. It is a free shooter game by Cube engine. The visual effects of game are close to realistic. It provides a fast arcade gameplay. The main focus of the game is multiplayer online gaming. In the multiplayer mode, the does not take much bandwidth. It can be played with a low speed connection of 56kbits/s. The system requirements of the game are also low and can be played on older computers with no problem as well. AssaultCube Shooter game is available for free that can be run on multiple operating systems as Microsoft Windows, Linux and Mac OS X. 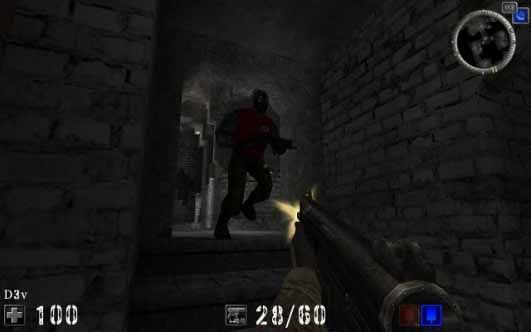 If we compare AssaultCube Shooter, it is slower than Quake. But the game is faster than Counter-Strike. In this game, there are two different teams. One is called “Cubers Liberations Army” while the other is “Rabid Viper Special Forces”. Another feature of AssaultCube Shooter is the potential to use the recoil of the weapons. It was included intentionally by the developers. This feature allows the player to move faster, jump higher and performs the movements that were previously impossible. The assault rifle, sub-machine gun, sniper rifle, carbine, shotgun, pistol and knife are the weapons that are used in AssaultCube Shooter. These weapons are fictional and fill the basic niches of shooter.

AssaultCube Shooter provide fourteen different game modes. The Bot game modes and the in-game level editor are not included in these fourteen modes. Some different modes are as follows: