Free download Battlezone II: Combat Commander game for PC. It was released in 1999, it is developed by Pandemic Studios and published by Activision. It is basically shooting and strategy game at the same time. 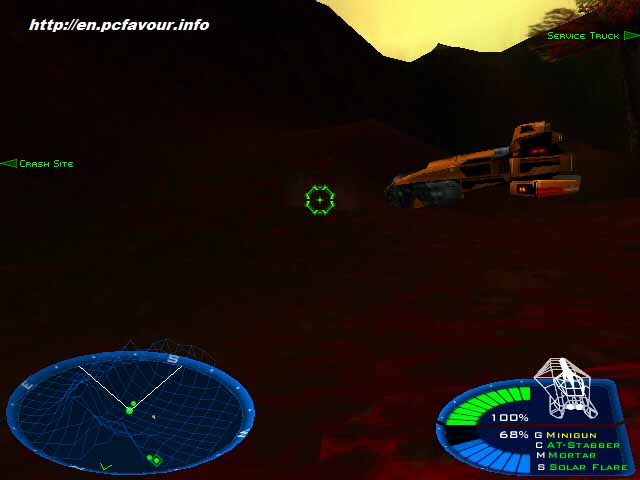 You’ll be the commander of a mission to rescue your people on a planet. It is a tank shooter game and you’ll have various types of vehicles to fight with your enemies. The two cold war enemies America’s NSDF and Soviet Union’s CCA will work together to fight with their common enemy furies and Aliens in this game. The storyline of this game is very interesting that General Armand the former commander of NSDF built a force base on Pluto and starts the ‘Project Pidegree’. Now the Armand has great powers in his army and they are very intelligent too as the result of his experience and they went to ‘Dark Planet’ to monitor the edge of solar system and suddenly they have been attacked and vanished. Then ISDF soldiers went there to see that what actually happened there.

The graphics of this game and sounds are good. You will be given the instructions to follow them and complete your mission; it has an extra feature which is ‘Player modifications’. You can see that which buttons you should be used to play this game properly in the game settings. You’ll have a game map too on the game screen to guide you in right directions.

Battlezone II is a very interesting shooting game and has a very different approach to entertain the shooting game lovers. You have to play this, you’ll enjoy for many hours for sure. (Review by pcfavour)