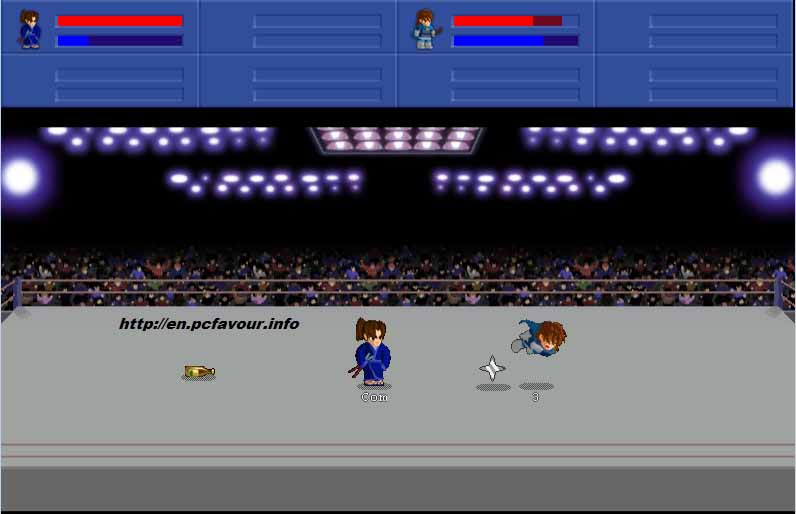 Little Fighter 2 is an arcade game. It is very light game it doesn’t take too much space in your system but takes a lot of space in your mind. There are a lot of characters in this game and it has many options to play. Little Fighter 2 keeps you busy in its world. It has 6 modes to play which are; VS mode, Stage mode, 1 on 1 championship, 2 on 2 championship, Battle mode and Demo. Before you play this game you have to play in demo mode and prepare yourself for big fights.

In Vs mode of Little Fighter 2, you have to fight with some opponent and you can choose him by yourself too. In this mode you can have more than one enemy too and you have to be very sharp and skillful to defeat them all. They are very fast to kill you. In stage mode you will have a number of stages to complete and each level contains a bunch of opponent fighters. You have to complete the levels as fast as you can. The interesting one is the battle mode, in which as a Little Fighter 2, you should fight a battle with a team against very strong and tricky foe fighters. In championship mode you’ll entertain with a tournament having a lot of stages,

Little Fighter 2 allows you to play this game against 8 players at a time either they are human players or they can be computer controlled. Its graphics are also very good and colorful. Little Fighter 2 is very simple and quite interesting classic game to play and to fight, just like in school days you played like this game. It will take your many time and entertain you all the time, you’ll not feel boring while playing this game. (Review by pcfavour)