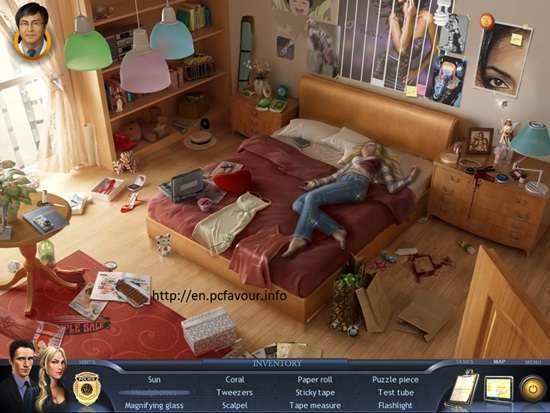 Murder in New York game is the investigation of girl Carmody’s murder that has been killed by an unknown person with a pistol. There is a detective department SED (Special Enquiry Detail) which investigate this murder and sends its two detectives Brody Lamonte and Cathy Turino.

There are also some tools which will help you to get some important evidence. For example, one of the tools is used to bring out the bullet shell from the wall. The whole game is attached with different places from there you have to find out some objects and collect some evidence.

Graphics are quite better because of still images. The background music gives a realistic touch in the game while you are investigating the case. Murder in New York has several chapters of the case. You have to solve these entire chapters to find out the killer. This game is also an exercise of your brain to improve your intelligence and keen eye on the environment. (Review by pcfavour)