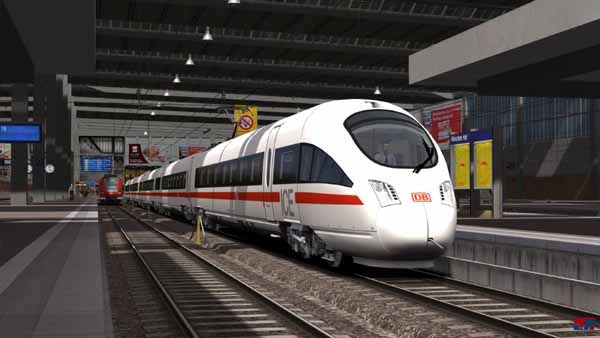 Train Simulator 2015 enables you to attach bogies with engine. Inside the train while driving, you can use vipers when raining. Drive the pass from different places such as bridges, road side, mountains and many iconic routes around the world.

You will see many popular cities in this game. There are many people walking on platform while some are waiting for the trains. You can increase the speed or train and over take another train if its running on another track. In Train Simulator 2015 you can create your own contents. Such as you can create your own station, platform, electric poles, parking. You can draw the railway tracks of your choice. Create the trees to make the green environment, make some shades on platform and much more.

Train Simulator 2015 allows you to select your own train engines. You can change the designs, colors and style. This game is very interesting specially for those love to drive train. The graphics of the game is good but not near to real. You will enjoy the game so buy it to enjoy the career as train driver.