Carrier Air Wing is a jet fighting shooting game. It was released in 1990 for CPS arcade hardware by Capcom in Japan. This is a side scrolling shooting game. It is the spiritual sequel of U.N. Squadron. In this game, players can choose any one of three aircrafts. They have to clear ten stages against enemies. Each stage has its own huge opponent. Players have to destroy this enemy to clear the stage and passes to the next. 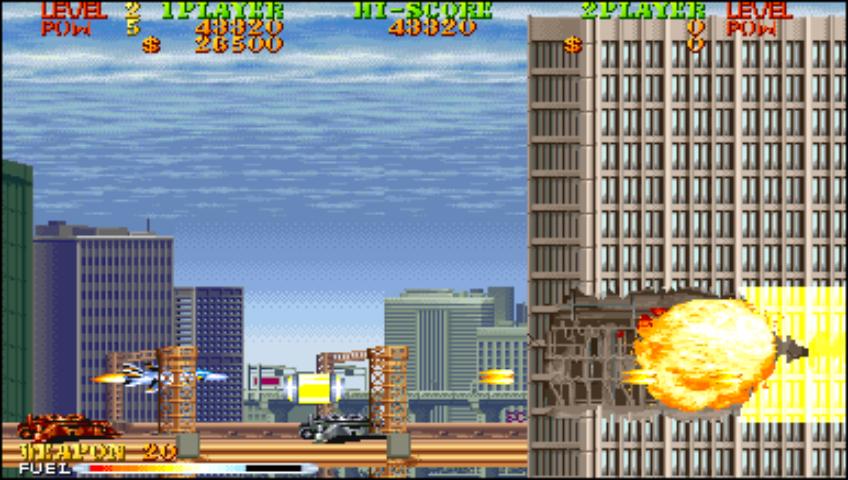 The aircraft jets which are used in games are:

This is the most balanced aircraft. It has the capability of handling air-to-air and air-to-ground attacks.

This is a dedicated air-to-air jet fighter. It is not capable to attack  to the ground but it is a formidable fighter.

This aircraft works on the role of air-to-ground attack and unable to support air-t0-air defense and attack.

How to play this game?

Download the compressed file and extract it. Double click on file “Mame32plus”. Now select the game “Carrier Air Wing” in menu and make a double click on it. Game will start now type OK and then press Enter. You are now ready to play the game.

To set the game controls, press “Tab” button from keyboard and select “Input (this game)”. Now you can check the game play buttons e.g. insert coins for player 1, player 2 etc and button 1, button 2 and button 3 accordingly. By default, you have to press 5 button to insert the coin and 1 button to start with player 1.