In this game, you can travel across Europe to delivers important cargo from place to place, city to city within the Europe such as UK, Belgium, Netherlands, Italy, Poland and many more. Players choose their desired city from France, Germany, Italy, Hungary, Austria, Belgium, United Kingdom, Netherland, Poland and many more. They have to select the starting city to play the game. 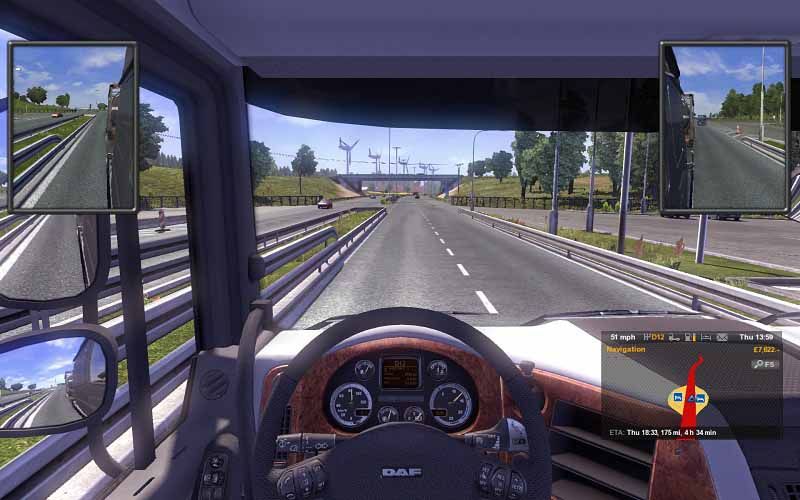 At the start, player can perform some quick jobs. These jobs can be done with a truck and fuel that is provided by some company who will pay you. After that, you can earn more money or take bank loan to purchase your own truck. Then you can deliver cargo using your own truck and hire some drivers to earn more money.

You can spend the money to purchase more truck, home garage, hire highly skilled drivers or NPC drivers. Then your expense will be only of fuel and drivers’ pay. Thus you can earn more money as compared to past and can grow your business.

The player have to keep an eye on fuel indicator so that he could full the take from the fuel pump. Player also have to check the scale on the highways. Safe and careful driving will increase the profit and life of your trucks. This game is very similar to 18 Wheels of Steel American Long Haul.

On highways, you may also be made fine from the police in case of breaking traffic rules. So be careful during the driving and read the notifications. This demo version can be downloaded from the link given below. After downloading, install it as usual and enjoy the game. Take the truck across the Europe. (Review by pcfavour)