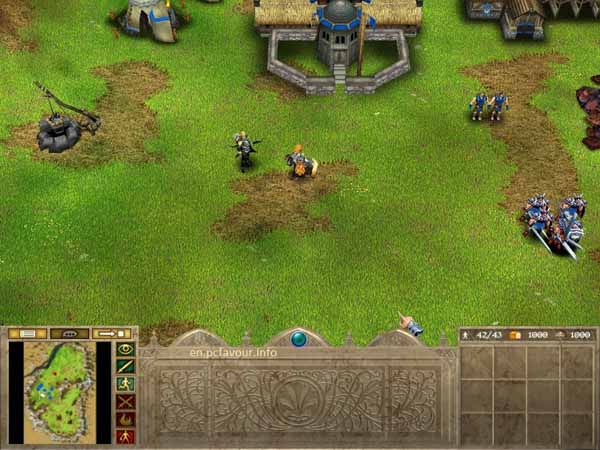 The most unique thing in this game is that you can train “Heroes” that has some unique and extra abilities such as making the enemies blind and blowing a wind to heal our other units and much more. These special abilities can be developed by attaining “Fate Points” that may be achieved by winning a combat against the enemies. “Fate Points” allow the player to activate these special abilities called “Fate Powers”. After the winning of every combat fate points will be increased and new fate powers of the heroes will be displayed at the lower right corner after selecting that hero.

The player just needs to click on the desired fate power to use it. The combat against the enemies is more real and easy than other games in The Lord of the Rings War of the Ring. If the player is facing a group of enemies, the units will automatically fight with all of them at a time i.e. every enemy unit will be attacked if the player has the units equal to the enemies or greater. However, player can also attack on a single enemy unit if he clicks on it according to the game situation.

Moreover, if you’re facing problem in playing the game, you should play 3 basic tutorials to learn the game. The tutorial gives the instructions as dialogues between two units of the game. In the demo version, some of the game features may not be available. (Review by pcfavour)